Skip to content
April 7, 2020 allyaldridge TV SERIES, What have I been watching?

What to watch: viruses

If you want to escape Covid-19 by watching shows about viruses, here is a list to get you started.

Pandemic: How to prevent an outbreak

This is a documentary that speaks to experts in the medical field. They share their stories about pandemics and explain what happened, how they were handled and future plans to prepare and prevent.

The series covers how serious a flu pandemic would be and the high possibility of an Outbreak in China… this was filmed and aired before Covid-19. Worth watching if you want to know more about pandemics.

The inhabitants of Pretty Lake are quarantined. Mysteriously, anyone over the age of 22 has died of an unknown disease. Now, they need to adapt to life where society has changed and their 22nd birthday is a ticking bomb.

A city goes into lockdown following an outbreak. The series follows those trapped on the inside fighting for their life and those outside the barricade trying to support them.

There is a global pandemic and this team are tasked with getting what the doctor needs to create a vaccine. There are others that want the doctor and her research for themselves.

Now they are Fighting to stay alive against the threat of the virus and terrified people. Can they do what they need to, to save the world.

A deadly parasite starts killing people and claiming hosts. Released by a secret society for ultimate power (like vampires), this could be the end for humans.

Two scientists/archeologists uncover an ancient dead body in Antarctica. It has been perfectly preserved including the virus.

When they return, the men are quarantined while they fight the bug and get better. One guy is immune, the other is transformed into a vampire. The virus spreads. Dividing the human species.

This is a gruesome teen comedy about surviving the zombie apocalypse. Teens have survived the outbreak and created a new society.

The main character finds refuge in a mall. He is on a mission to find his girlfriend and picks up some oddball stragglers along the way, creating a group of misfits.

If you love zombies, you probably have already watched these but they had to be mentioned. Based off a comic, TWD is after the outbreak and FTWD starts before/during the outbreak. Both seasons have different characters.

The zombies are scary but are predictable. The survivors can fight and defend against these predators. But, the true danger is other people. And that is truly terrifying, a feeling that nobody can be trusted.

Fortunately this doesn’t cause an outbreak but the MC attends a party where she gets infected. She works at a forensic morgue and uses her zombie powers to eat the brains of victims ajd solve crimes.

Meanwhile she is also working hard to keep her hunger under control and stop the bad zombies.

What to watch if you love mermaids

What to watch, shows with writers in

What to watch if you love witches

What to watch if you love superpowers

Discover more ways to connect by clicking my Link Tree: 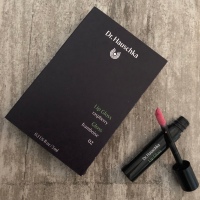