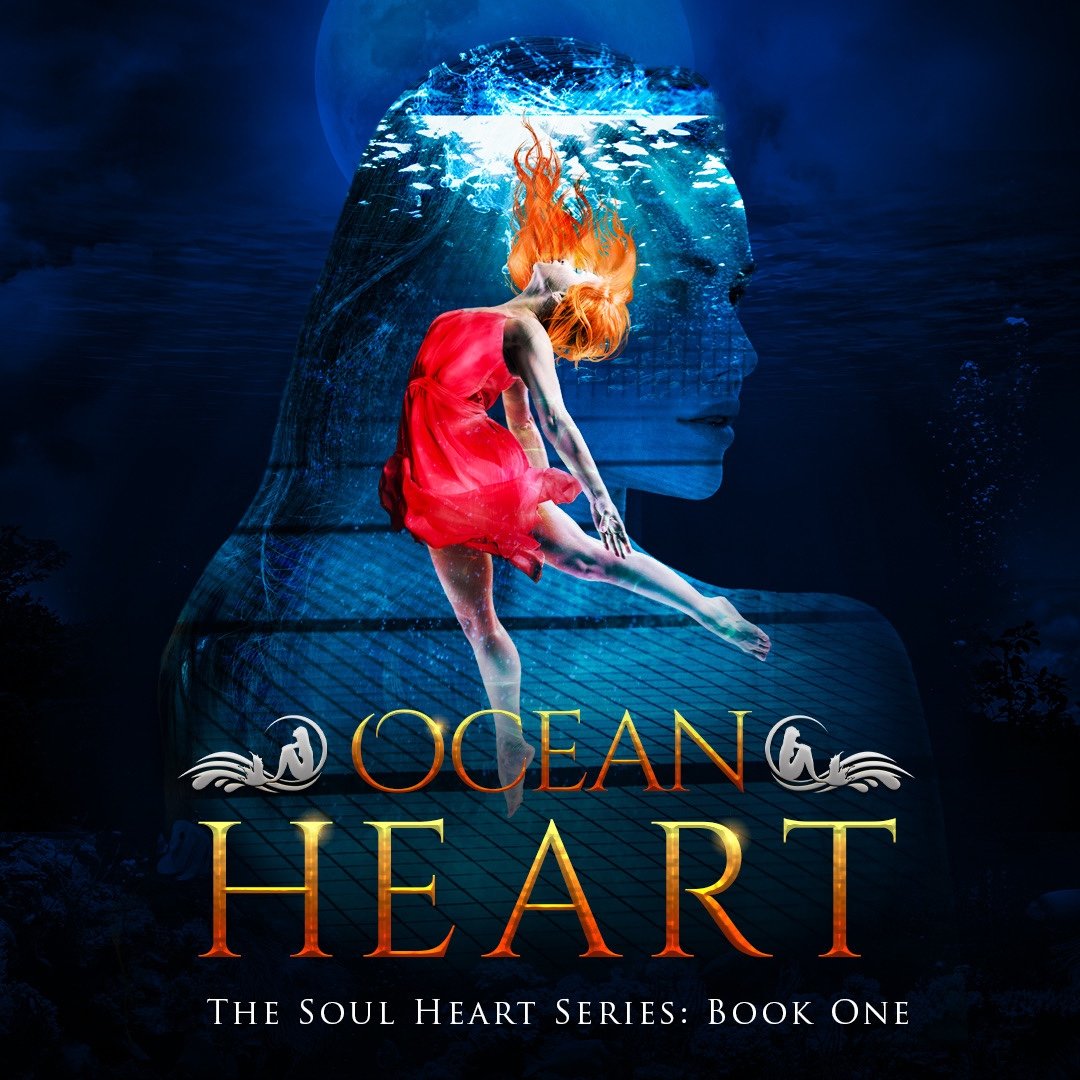 Ocean Heart is the story of a very grounded teenage girl, Mariah, who finds her world turned upside down when her best friend, Jace, moves away, and she is mysteriously drawn to the water. Mariah can’t explain this feeling, but she is no longer comfortable in her own shoes.

Reading Ally Aldridge’s sweet YA romance on the cusp of summer in Australia, Ocean Heart perfectly captured the sensations, sights, scents, and sounds of the warm weather we’re just beginning to enjoy– the smell and feel of grass underfoot, the temptation of ice cream, the clinking of ice in a glass. I can equally imagine curling up with this book in the winter, nostalgic for the very best of seasons.

But the results of magical mayhem in Ocean Heart are masterfully handled. Likewise, elements of romance novels that might come off as cheesy elsewhere are afforded a realism in this novel thanks to its very real characters: ‘So much for a romantic walk home in the moonlight. Your hair – you look like a crazed woman.’ If that’s not relatable, I don’t know what is!

As a thirty-something, I can’t definitively say how well today’s highschoolers would relate to this, or any other YA novel. But Ocean Heart is one of those rare books which, rather than making the less ‘young’ adult reader feel as if they’re reading about a particularly annoying group of kids, instead brings back memories of being that age. The characters are well-rounded and realistic, neither mini-adults nor annoying kids. There’s that relatable spark of young love. And I cringed internally when I read that the theme of Mariah’s school’s Mistletoe Disco was ‘couples’. That just sounds like the stuff of nightmares to me!

Some aspects of the YA genre are classic because they are seemingly universal and eternal – change is one such staple. Mariah undergoes several transformative experiences over the course of the novel – some supernatural, some much more natural. (view spoiler) The YA genre is especially suited to exploring change as a theme.

Interpersonal relationships – friendships and romance – are another common theme. Many things have changed since I was at high school. Cyber bullying was only in its infancy when I was a student. This is a topic which is (briefly) touched upon in Ocean Heart. (view spoiler)

Yet many things have remained the same. Bullying itself is hardly new.

Much ink is spilled in the research literature and the popular press about how girls and boys tend to bully differently. These aren’t inherent, biological differences, but rather, the result of the different ways in which parents, teachers, and others in society socialise boys and girls differently from birth.

Girls, the research tells us, tend to bully in packs, name-calling, spreading rumours, harassing online, and excluding others. Teachers and parents, on the lookout for the ‘stereotypical bully’ (a boy, who uses physical violence and cruel pranks against his peers) are often slow to respond to the equally damaging bullying perpetrated by girls. And yet, of course, it is far from the truth that only girls make nasty posts online, that only boys dunk other kids’ heads in the toilet, that only girls name-call, or that only boys are angry. As much as the students in this story do exhibit these behaviours, boys and girls in the novel engage in all forms of bullying pretty equally.

Ocean Heart also reflects the reality that gendered activities divide boys and girls into separate groups. Mariah muses that forming friendships has been much easier for Jace, for instance, because of his involvement in the football team. It’s different for boys, she tells him. Mariah finds her own place, but her path there is much less clear-cut – just as, we might extrapolate, it is less clear-cut for boys who aren’t into football.

In our world, girls are set up to view one another as rivals for boys’ affections, and Mariah deals with these pressures(view spoiler). Far from being some miss goody-goody two-shoes who is practically perfect in every way, Mariah has her own failings. She has the same sorts of denigrating thoughts about girls who want the attention of boys as other girls have about her. Hopefully, this will cause the reader to pause and reflect on how they think about their own friends, rather than agree with Mariah.

The lack of agency many girls and women experience is encapsulated perfectly in two lines from the main characters, Jace and Mariah. ‘I’ve never kissed a girl!’ Jace admits. ‘I’ve never been kissed either’ Mariah says. Boys, this tells us implicitly, are the ones who do things. Girls are the ones who have things done to them. While gender relations are by no means a dominating or overly overt theme in Ocean Heart, Aldridge’s depiction rings exceptionally true. None of her characters are unbelievably perfect, and they are all products of their own agency and the environment they inhabit.

Ocean Heart is at its core, a sweet high-school romance about friendship. Its supernatural themes may attract the reader, but it is the very relatable and true-to-life aspects of the novel which make it so compelling.

Aldridge has penned a book which is far more than pure escapism. My hope is that it will make readers think about our relationships, what we want out of life, the importance of friendship, and how gender stereotypes are frequently used to separate us when there are so many more important things that unite us all.

A highly recommended read for those of all ages.

Sarah was part of my Ocean Heart Book Blog Tour.