A decade of writing

I can’t believe it has been 10 years since I first wrote my novel. I’ve written countless other novels but this one I felt had potential. This one, I decided to take seriously.

It was Christmas 2009 and I was off work for the holidays when the idea for a novel, about a redhead teen with no idea she is a mermaid discovers she has powers, hit me. I wanted it to be like a modern Little Mermaid.

Once I sat at my PC and started to write I was unable to stop. Without an outline, it was like I was possessed, I struggled to sleep, to eat… I felt anxious if I wasn’t writing Drift.

My fiancé got worried. He saw the sudden change in me and urged me to take a break, to visit family.

But, I couldn’t not write. So I lied to appease him. Pretended to go out, then sneaked back once he had gone to see his own family. It was like having a secret wiring affair. But after an intense week, the first 60k words were written.

I share my novel with anyone willing to read it.  My novel was on WeBook where I developed a supportive group of fans.  They were a huge confidence boost and we had our own little group to chat about my stories!

It is laughable now but I edited my novel in 2010 and started querying. Surprisingly, I did get some requests.  It is surprisingly because now I look back at that early version and see how it wasn’t finished.  At the time, I thought it was ready.

My fan had some valuable feedback for me, “You can’t end the story like that!”  At first, I saw that as excitement for the next book in the series and began writing Wipeout, but slowly it dawned on me that they were right.

I learnt an important lesson. Readers will develop certain expectations of your story and you must deliver on those.

Version 1 ended with Jace winking at Fern and there being the ‘suggestion’ they were about to get together. But, fans had read for 60k words. They wanted to see Fern achieve her happily ever after and a ‘wink’ was not the grande finale they had invested their time for.

Early 2011, I was distracted by wedding preparations as my June wedding date got nearer. Then, I desperately wanted a baby. We were also trying to move house and the recession meant the value of my home was dropping every month, loosing the equity needed to move.

But 2013, we sold our house, bought a lovely family home and I had my son. With everything falling into place I would like to say I returned to my novel… but my baby boy was the biggest distraction of all.

Stupidly I thought being off work with a baby would free me up to write more but I couldn’t have been more wrong. Noah was not a chilled out baby. I spent his first year keeping up with his hunger, entertaining him and sleeping whenever I could.

Sadly WeBook was no longer the thriving community it once was.  All my fans had moved on, possibly grown up, and I had lost them through inactivity.  I had to find a new source of feedback. I joined Movella, Figment and Wattpad.

Wattpad became my new favourite.  I began editing Drift and Wipeout and shared other novels and created some poetry collections.

For Drift, I changed the ending so Lily (formerly Fern) is asked out by Jace (formerly Sam).  I removed the parts by Denny (Jace’s mum) – she gave an outsider perspective of Lily’s unusual upbringing.

Th sequel Wipeout was also told from Lily’s viewpoint and had a few part’s told by Kiara – she was able to show what was going on with Murray.  The sequel wasn’t coming to me as easy as Drift had and I was falling in love with Kiara…

2017 started with my employer going into administration. I had worked for the company for over 10 years. It scared me, not knowing where my next pay cheque would come from. With bills to pay, I had to find work fast and job hunting became my new priority.

Once I found a job, I felt a little disappointed in myself.  I felt I had wasted an opportunity to spend time with my son as I now worked more hours. I realised how I wasn’t prioritising my dream.  My profession is a job, not my passion.

Make it a priority

Whilst job hunting, I thought HR and PR work looked appealing but didn’t have the knowledge employers wanted. So in September 2017, I told my employer I was interested in doing the CIPD HR qualification and to my surprise they were willing to support me. I learnt, if you don’t ask the answer will never be yes.

In November 2017, I found out I was pregnant. I was over the moon and in a much better place.

Passing my course, doing well in my job and having a baby were all super important. But, I no longer wanted to treat writing as a hobby. I knew how busy my life would be once Aria was here so I became determined to edit and query before her arrival.  My goal was to be signed by an agent by August 2018 (Aria’s due date).

I learnt knew ways to query. I developed my pitch and took part in Twitter events, I found out about Agent 1-2-1s and worked on improving my synopsis.  Despite getting requests, I never got offered representation.

In 2018, I edited Drift by removing the parts told by Gwyn (Lily’s mum) – she did some foretelling using her crystal ball. I also decided to scrap Wipeout.  I took parts from the sequel and put it into Drift, Glide or cut it out completely.

My goal was to finish editing Drift and Glide. I began by restructure my novel using Save The Cat Writes a Novel. It started off a a way to check my plot and pacing but it soon became apparent that I needed to pull the whole novel a part. It was very intimidating but by the end I had a better novel and a brand new ending.  Now there was the highs and lows, romance and I had delivered on the promise of an epic battle.  This novel was so different from my original idea of a modern Little Mermaid and I needed a new title, Jewel of the Sea.  I also renamed Glide as Diamond in the Sky.

I tried new ways of querying my novel.  I pitched on Twitter and in person and got requests but sadly never heard more. Although, I still love the idea of traditional publishing, I have spent the year learning about indie publishing.

I discovered the writing community on Instagram and joined groups like Hustling Writers, Fellow Creative Minds and World Indie Warriors. I also connected with talented authors like Pagan Malcolm and Bethany Atazadeh who share their journey and advice.

Connecting with indie authors gave me insight into their world and processes. No longer did their world scare me, but intrigued me.  With their support and encouragement I decided not to spend another decade waiting for someone else to give me permission to publish.

Say yes to yourself!

The problem with querying is you are waiting for someone else to say you can publish. They can say no for countless reasons and rarely have time to explain why. The truth is you don’t need their validation because you can give it to yourself.

You no longer have to traditionally publish. If you are willing to work hard, you can choose your own team and publish yourself.  With so many crooks masquerading in the traditional publishing world, it is a mine field to navigate now (I’m sure I had requests from at least three dodgy publishers, I didn’t submit to in 2019 alone).

After ten years writing and querying Jewel of the Sea (formerly Drift), I have decided to Self Publish.

This year is the start of a new era. This year, I am going to publish. It won’t be easy and I have lots still to learn but I’m ready.

Jewel of the Sea is due back this month from a developmental editor. This is my the first step in my big publishing plan.

To celebrate this new venture, I feel Jewel of the Sea, aka Drift, needs a new name.

I have set myself some strict deadline to keep myself on track but I I won’t rush to publish.  I have waited so long for this, I want to be certain my novel is a quality product when I put it out there.  I want my readers to love it.

I will blog about my publishing journey, so if you are interested in the process, stay tuned. I would love to hear your thoughts on the new title Ocean Heart.

Writers beware! Know who you are querying.

Click my link tree to discover more ways to connect: 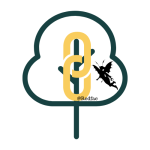 8 thoughts on “A decade of writing” 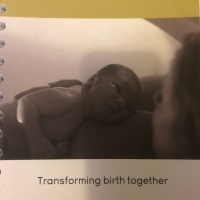 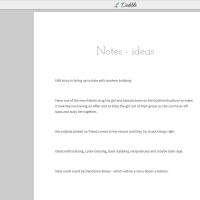