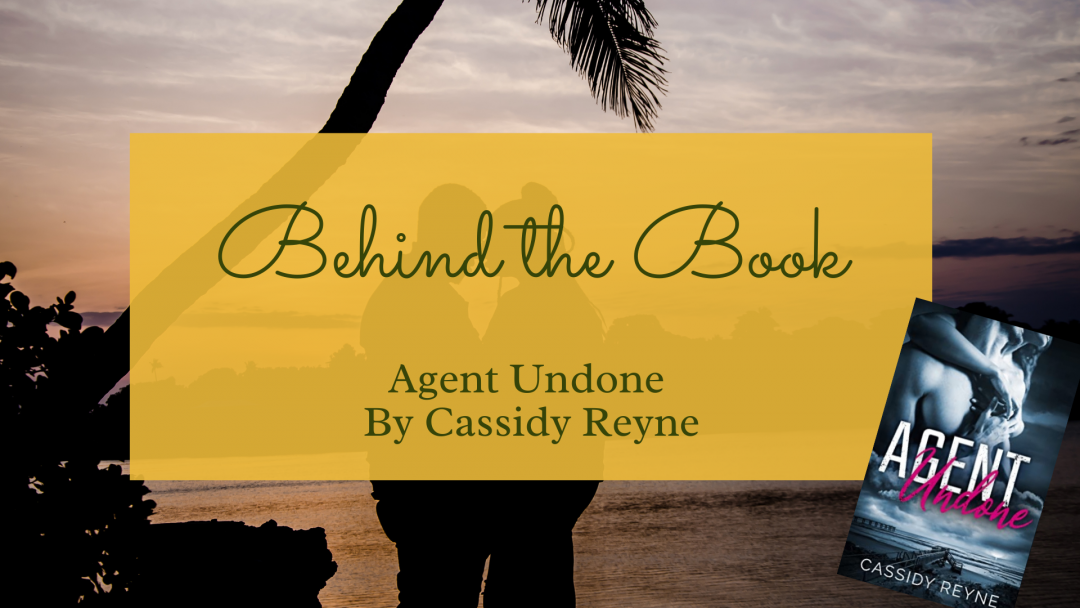 What genre is Agent Undone and can you name any similar books?

Agent: Undone is a dark romance/romantic suspense novel with very adult themes. Books similar to this one would be the McIntyre Security Bodyguard Series by April Wilson, The Salvation Series by Corinne Michaels and The Broken Trilogy by J. L. Drake. They all have protective, slightly growly men and strong, independent women as their main characters.

The novel has two main characters, Carter & Maddison. Can you briefly introduce them?

Carter Hollis is a DEA Agent who has been forced to take medical leave after being shot in the leg during a mission. After his girlfriend and colleague died in his arms during an op, he couldn’t face being in a relationship again, so he became a ‘love ‘em and leave ‘em’ kind of guy. He’s always upfront about his intentions with every woman he meets and tries to not leave a string of broken hearts in his wake. He needs to focus on his work and doesn’t need a woman in his life for anything more than a bit of fun between the sheets whenever he’s off duty.

Madison Wells is living a quiet life in Florida, working from her little rented beach cottage and not allowing anyone close enough to see the deep cracks in her soul. She carries her secrets underneath a new identity and hides her fears of her past catching up with her behind an enigmatic smile and a well constructed armour. She doesn’t have friends, only people she says hello to in the tiny village nearby. Her days are spent on early morning runs on the beach, working on her writing and jumping at shadows.

Maddison has an ex from hell that she’s lucky to be free from. Not many people talk about trafficking and domestic abuse. Was it challenging writing about a such a difficult topic?

Trafficking and abuse are some of the worst crimes in our society, and they need to be brought out and examined in the cold light of day. In so many abusive situations, the victim is made to feel they are to blame for what is happening to them. They are stripped of their confidence, isolated from any outside support and made to depend on their abuser for everything. It’s incredibly hard for them to break free and escape their situation, and once they do the support available is often short term and run on shoestring budgets. I did a lot of research into domestic abuse and I was horrified when reading the women’s (and a couple of men) stories as they described their journey from being outgoing, confident, and in love, to an unrecognisable shell of their former selves. It’s a long, slow transformation that happens so gradually they don’t realise it before it’s too late. As much as I wanted to bring the subject into the book, I was also very wary of either trivialising or sensationalising it as it would be insulting to anyone who has ever suffered from abuse. The sex trafficking part was also emotionally hard to research and very complex, which is why I didn’t go into too many details and kept it to a more general description. We all know it happens and we all want it to stop, but as long as there are people who think others are there to be used as a commodity, and people who want to buy that commodity, it will always be an incredibly difficult trade to put a stop to. My heart breaks for anyone who has been put through it and for the families who lose a loved one in such a way. Many victims are never found which leaves parents, siblings and friends without closure and always wondering if they are still out there somewhere.

Carter has lost Mira and now uses women for a good time rather than to develop a meaningful connection. How did you rap into those complex emotions when developing his character?

Carter was both fun and interesting to create. I tried to visualise how a person would react if they didn’t deal with their grief properly after losing someone the way Carter lost Mira, and instead protected themselves from the risk of having to go through it again by pretending they didn’t want or need a deeper connection with a partner. I think we would all want to shield ourselves from heartache if the one we loved passed away. Some of us would go through all the classical stages of grief and eventually come out the other side, battered and bruised, but still open to finding someone new if the opportunity arose. Others would finish the grieving process but not feel the need for that kind of relationship again, and some would yearn for the love but be too afraid to have their heart broken again. The process of grief and loss is very individual and everyone tries to cope the best way they know how. Carter wants to fall in love and have that special someone in his life, but has convinced himself he’s not capable of it and only needs sexual gratification whenever his body demands it. I wanted him to come across as the stereotypical male who only wants one thing from women, while at the same time give glimpses into the fear and longing inside his heart. I promise, he’s not as bad as you might think when you first meet him.

You seem to have a style of writing novels with a dual perspective, one male, one female? Can we look forward to more of this?

I like writing from a dual perspective as I feel the reader gets a more three-dimensional insight into the characters. It allows me to develop the story from different levels and emotional angles, and the reader gets to know things about the characters they don’t know yet themselves. It lets the reader in on the secrets and builds a connection between them and the characters. It’s something I personally enjoy in the books I read and it’s a little like getting two stories woven into one whole.

The setting sounds beautiful. Have you been there or did you do a lot of research?

The story is set in the Florida panhandle and in Seattle, but I haven’t been to either of them so a lot of research was necessary. I’m on very friendly terms with Google Earth, Maps and Streetview. They are an absolute godsend for seeing how places look from lots of different angles. It’s also great fun to find new and interesting places to learn about and try to visualise as if you’ve actually been there. Quite often, I draw from memories of my own travels to try to create a picture of the sights, sounds and smells of the place I want to describe. After all, a sunny beach in Australia or Mexico is not going to be too different from one in Florida. Seattle was slightly more difficult, but as I didn’t need the characters to move around much, it wasn’t too hard to just get a feel for the city using the internet. The weather is also not too dissimilar to that here in the UK or even in Sweden where I grew up, so adding a lot of rain and grey skies was easy.

Please share a short snippet or teaser from Agent Undone?

“Before I forget, I might not make it for our run tomorrow morning.” Carter said with an embarrassed wince.

“Oh?” The tiny sound popped free from her mouth. “Are you going somewhere?”

“No, I’m not. My friend, Nathan, the guy who owns the beach house, is coming down today, and we’re going for a couple of drinks tonight at the bar.”

“And you might be too hungover tomorrow to go running? I get it. I suppose there might be a girl or two involved in that scenario as well?” Madison teased him, but he noticed a strained undertone in her words. It warmed his belly and made his chest feel light.

“Nope, no girls. Not for me, anyway. As soon as my leg has healed up, I’ll be on my way back to Virginia and my job. I don’t want to get tangled up with a woman that I must extricate myself from. Too many complications.” Damn, he was so lying to her — and himself. He just didn’t want her to think he was hooking up with other women while he was seeing her. Wait. Hold up. He was not seeing Madison. They were running buddies. Friends. Acquaintances. That’s all.

Carter tried to silence the annoying little voice in his head that was whispering the word liar very loudly.

“Well, if you need a hangover cure in the morning, give me a call and I’ll whip one up for you. I’ll even make one for your friend.” She snickered.

“If you have a hangover cure that actually works, Nate will worship you forever. He will also badger you for the recipe until you relent and give him what he wants. He’ll probably offer marriage and babies in return. You’ve been warned.” A deep laugh rumbled in Carter’s chest.

“No way, I’m not giving anyone that recipe, and for your information it does work. Or, at least it did on—“ Madison stopped abruptly and her lips pressed into a thin line. Carter knew that look.

There’s more information on Agent: Undone, including a video trailer made by the amazing J. D. Groom, and my other two books, on my website: cassidyreyne.comYou can purchase the books from Amazon and they are also available in Kindle Unlimited.

If you liked this you will enjoy:

Behind the Book – The Sentinels Series by Cassidy Reyne

If you are an Indie, you need to know this…

2 thoughts on “Behind the Book: Agent: Undone by Cassidy Reyne”