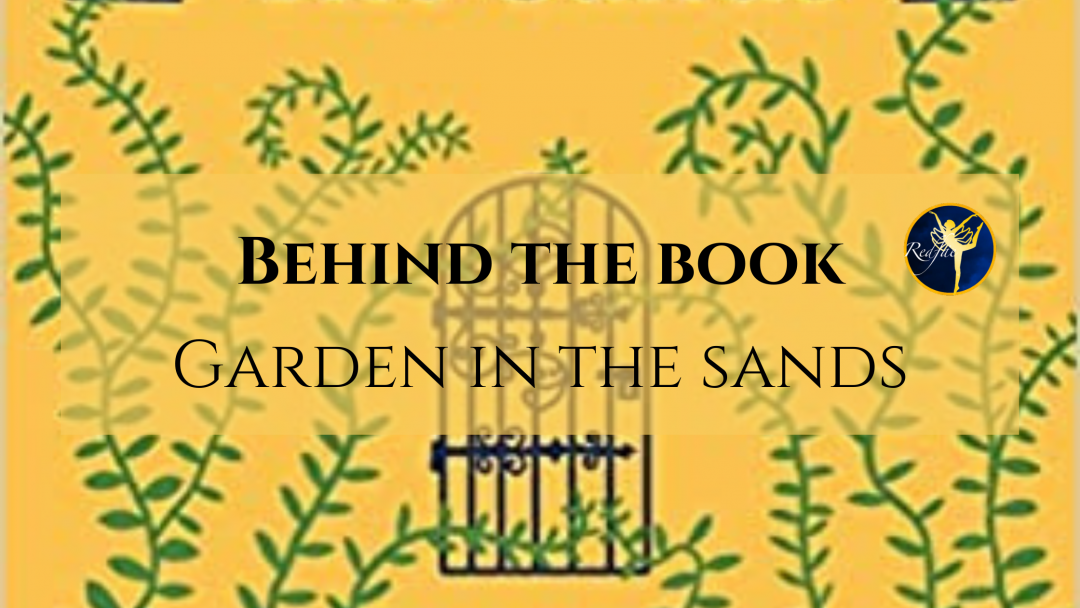 Behind the Book: Garden in the Sands by Ellie Mitten

I’m so happy Ellie agreed to let me interview her as I loved her debut book. There’s a link to my five star review at the end. It’s really exciting to find out what went into making such an amazing book.

I loved Garden in the Sands. It’s not like any book I’ve read before. What genre would you say it is?

It’s interesting that you say that, as Garden in the Sands actually started as a MG fantasy story. When it came to self-publishing, however, I read lots about YA being an easier market to get into. Therefore I re-wrote it, adding Lira’s POV element. Overall I’d say it’s a YA fantasy re-telling.

Despite being set in the desert, it’s very reminiscent of The Secret Garden. Did you plan for it to be like a fantasy version of the classic?

Yes! A re-telling was exactly my aim. I adored Mary in The Secret Garden when I was a child, as she was stroppy and imperfect. She influenced Quil a lot!

There are two MC’s can you give a brief intro to each?

Quil is a human girl born into wealth and privilege that only serves to constrict her. Desperate to gain a shred of attention from her parents, she spent her childhood misbehaving. This led to being frequently sent away from home to learn to become a ‘lady’, something she has no interest in doing. The only ray of light in her life is her main, Sasha.

When she finds herself sent away from the palace and charged with entertaining the sickly prince, she finds she’s not the only one in the world with problems.

Lira was born into greatness too, but as a demi-god this involved learning to wield a sword to prove herself. She rose to the challenge, and when the story starts she is a great heroine. She feels trapped, however, the link to her long dead human mother setting her apart from the other gods. She can’t help but watch the misery of life below in Miran. When a chance arises to break the curse that’s punishing the humans for their king’s crimes, Lira risks all the help them.

Quil learns to garden in the book – are you green thumbed?

I certainly try to be, but it’s a process of trial and error!

Lira is a demi god and fights mythical beasts – did you do a lot of research on this for your novel?

I studied Classics at university, so I’ve loved the mythology of Ancient Greece and Rome for a long time. I knew many of their stories already, but some of the beasts needed some extra research!

Who is your favourite God/Goddess from mythology?

Definitely Athena. She’s so strong and not cowed by any of the males in Olympus. She’s who Lira is based upon.

What can we look forward to from you next?

My next book is and MG adventure fantasy set in Cornwall, where I live.

Behind the Book: Crown of Conspiracy by Kara S. Weaver

Below are some affiliate links. To learn more about these, please visit my Affiliate Disclosure page.

2 thoughts on “Behind the Book: Garden in the Sands by Ellie Mitten”