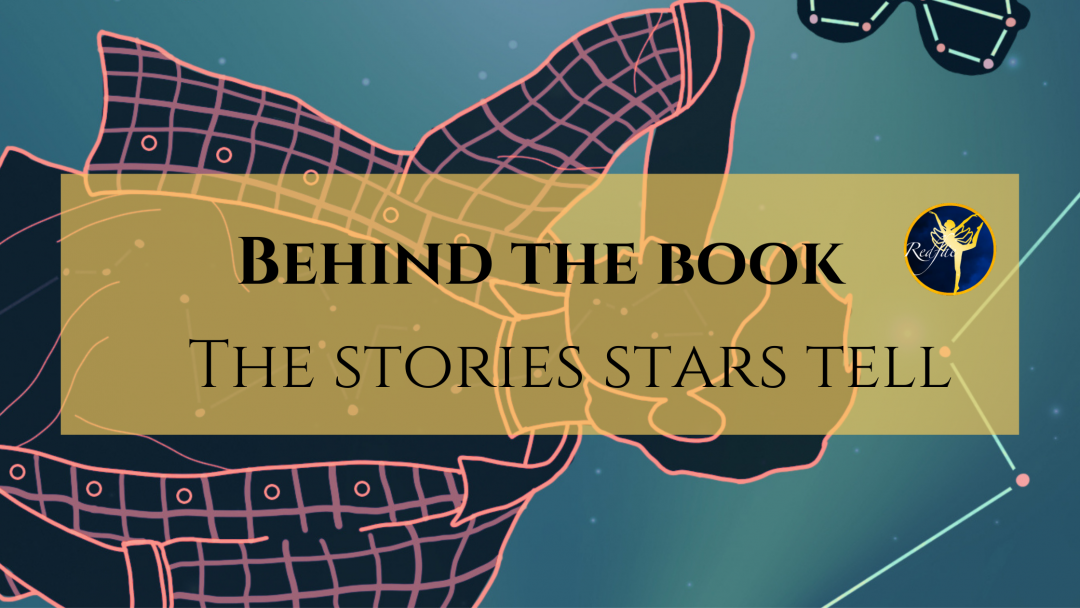 Behind the Book: The Stories Stars Tell by C L Walters

This book is C. L. Waters most recent YA release and the final post in my Behind the Book series with her. I’ll put links to the previous ones at the end.

Who will love to read this book?

I think readers who like Sarah Dessen and Jennifer Niven will like The Stories Stars Tell because it explores a romance between Emma and Tanner, but more importantly, each of them as characters on their own.

Tell me about the main characters Emma and Tanner?

Emma Matthews is a smarty-pants perfectionist who’s locked in the box of her religion and afraid to step outside the bounds of that to explore her sexuality. She feels ill-prepared to face college. Tanner represents the freedom and bravery she wishes she had. Maybe taking a risk with him will give her the bravery she needs to move forward.

Tanner James is a party-boy who’s partied his way through high school into a corner without options instead of dealing with the trauma of his brother’s death and his parents divorce. He wants to create a new story outside the Bro Code he and his friends created. Emma is a new story, but one he doesn’t feel like he deserves.

The blurb says that the traditional end of year send off is to jump off the cliff – have you ever dived off a cliff?

I haven’t ever dove, but I have jumped! It was a blast (and terrifying too).

Hawaii looks like a beautiful place to live, does such a setting inspire your writing?

Definitely. So many possibilities for stories, though I confess I’ve only written two that explore this place. I don’t want to appropriate it; there are amazing Hawaiian and local authors who do such a beautiful job exploring culture and place.

You share what you’ve learnt on your blog to help other writers. What’s one piece of advice you’d give to an aspiring author?

My initial advice is always read, read and read more. Read inside your favorite genre and the one you write, but also read beyond it. There’s so much to learn from other writers (both good and bad).

What can we look forward to from you next?

I am in the process of writing a companion novel to The Stories Stars Tell about Tanner’s best friend Griffin. It’s titled In the Echo of this Ghost Town. I think I have a thing for the villain, or those broody misguided boys. It’s planned for release in the fall of 2021.

This was one of the first scenes I wrote and I talk about it a lot as the starting point for Emma’s and Tanner’s story:

I nod, pasting a fake smile on my face. “You might be right, Bella,” I say, self-satisfied that Tanner has actually touched me. “I guess I’ll find out how boring I am at Berkeley next year. Where are you going to school?”

Her smile fades, because if rumors are true, she didn’t make the grade. Too much focus on non-academic activities, I surmise. There is a tangle of self-satisfaction in saying it, at first, but I recognize the pettiness of it and feel guilty. It isn’t kind or Christ-like.

“Well–” I push my arms into my own backpack and settle it on my shoulders– “have fun at Senior Send Off.” I leave the bathroom with their snarky comments caught on the door behind me.

Her accusation — you’re so boring . . .what can you offer someone like him — has my mind swirling, overthinking as I walk to my locker.

But I know it’s true.

I glance at Tanner’s locker. He’s there, so I open mine and shove my head inside, and then roll my eyes at myself for looking at all. Except I can’t keep my eyes on the perfectly arranged interior of my locker. I sneak another peek. He’s across the hallway leaning into his own locker. Balled up papers slip out, and he bends to pick them up. His red t-shirt moves with his body, the hem adjusting to allow a glimpse of tan skin at his waist. I’m thinking about him without his shirt and those blue jeans hanging from his hips, hugging his behind just right.

My stomach dissolves into a sparkly mess.

Tanner stands, and with a little shake of his head gets his dark hair, a little long with soft curls around his face, out of his warm brown eyes. He turns his head, and I look away before I’m caught staring.

I could say I don’t know why my insides melt when I see him. THAT would be a lie. Of course, I know WHY I’m attracted to him. Attraction isn’t the issue. It’s the stupidity of allowing it. It must be a truth universally acknowledged that my book smarts have detonated my common sense, or something like that. My brain knows I’m being ridiculous and counts the ways to remind me.

First, I’m freaking out of his league. Um, Truth: perhaps, it’s the other way around. Compromise: a bit of both.

Second, he only dates party girls. I’m not.

Four, my future plans don’t involve a guy like Tanner James, even if for some ridiculous reason I want them to involve Tanner James. I’m just so freaking curious.

I sigh, recalling Bella’s awful accusation and hate that she’s right. Aside from my drunken junior year risk, I’ve played my entire high school experience scared and safe. I smack the locker door shut and scold myself for looking at Tanner at all.

Excerpt from The Stories Stars Tell by CL Walters

Let’s see, if you’ve visited the website (www.clwalters.net) and you’re following my instagram, you can follow me on Goodreads (CL Walters) and Facebook (CL Walters) and there’s always my newsletter – which you can sign up for on my website. This year I’m releasing a serialized novella, a new chapter each month. Should be fun.

Thank you, Ally! This was fun.

If you enjoyed this, check out my other Behind The Book Q&As with C. L. Waters here:

Behind the Book: Swimming Sideways (book 1)

Behind the Book: The Ugly Truth (book 2)

Behind the Book: The Bones of Who We Are (book 3)