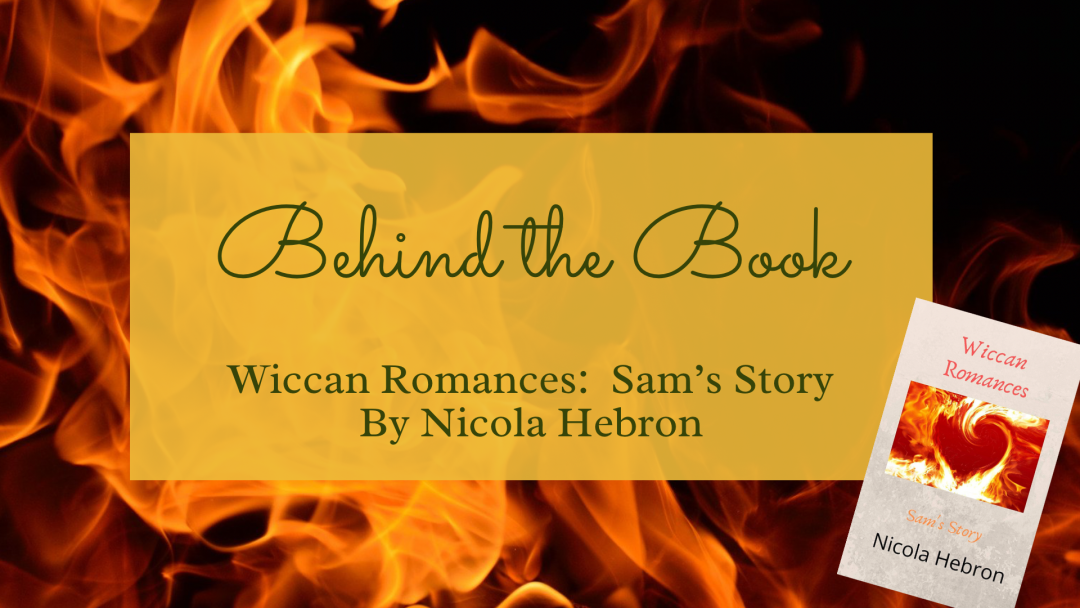 Thank you for agreeing to let me interview you again. This time is about Sam’s Story, the second book in your Wiccan Romances series.

Was it easier to publish book 2 & did you do anything different to how you published book 1?

It was much easier to publish book 2 as I already had a lot of the formatting saved on my memory stick from writing the first one, so where it took me a good couple of weeks to get the formatting correct on Amelia’s Story, it took probably half a day instead. The hardest bit about formatting is the cover and I know mine don’t quite match but I didn’t realise that until after I pressed print, so I’m stuck with it for these two but I’m hoping to make the next ones match one of the two covers.

Was writing the second book in a series easier or harder?

I found the writing experience easier, as I had some ideas of the best practices to follow and I planned out the major scenes I wanted to includerather than just making it up as I was writing. I also had a bond with the characters, which made it easier to know how they would react, but I found I had much more in common with Amelia because she is more like me than the characters in this book so in that respect getting their interests right and knowing what their motivations were was a bit harder.

Can you name any books similar to yours?

The books were partially inspired by the Harry Potter series, so there some similarities there but I can’t think of any other books I would compare Wiccan Romances to.

How many books do you anticipate in the series and what else can we look forward to from you?

There will definitely be another two books in the series but beyond that I haven’t decided. I might also release an ebook of all the spells and rituals I have made up during the course of writing, just as a sort of fun companion.

Do you believe in magic and have you ever cast a spell?

I do believe in magic, I once read a quote in a book which said that all women have a little bit of magic in them and that when it combines with others the results can be amazing and that really resonated with me but I have never personally tried to cast a spell.

Do you have any witch book, shows or movies you recommend?

I personally loved the original Charmed, I’m not such a big fan of the new version and I really like watching Supernatural, Dean Winchester is extremely hot. When I was younger, I was a big fan of the Wizards of Waverly Place and Sabrina the Teenage Witch, so I would recommend any of these shows to any fans of my books or just fans of paranormal TV.

Sam smiled to himself when he heard his brother get up and smirked, when Ben emerged from his room, yawning. Ben flipped his brother his middle finger as he stalked past him to go downstairs and get a cup of coffee. Deciding that he was onto a winner, Sam headed up to Lia’s bedroom to wake her up, just for fun.

“Morning Sunshine.” Sam called, walking into Lia’s room and plonking himself down on her bed.

“Come on, you have an exam today.” Sam encouraged.

“My exam is in the afternoon.” Lia mumbled into her pillow.

“Oops, my bad.” Sam laughed. “Anyway, I wanted to talk to you about Heather.”

“If you don’t leave right now, I’m going to tell her about the time you asked Ben for kissing tips.” Lia announced, flipping onto her side, so she could glare at her brother.

“What do you want, Sam?” Lia groaned.

“Nothing.” Sam replied, with a smile as he sauntered out of the room.

Rocked by Charlie’s anger, all of the loose items in the car went flying around, hitting everyone, as the car vibrated, due to the minor earthquake he caused.

“How did I steal your girlfriend?” Sam shouted, at the same time his dad tried to reprimand Charlie.

“You knew I was dating Emily, then you swooped in and stole her from me.” Charlie continued.

Sam’s Story is available at all major online booksellers, including Amazon, Waterstones, WHSmiths and Barnes and Noble. It is also available in ebook format, including Kindle, Kobo, Nook and Ibooks.

2 thoughts on “Behind the Book: Wiccan Romances – Sam’s Story”