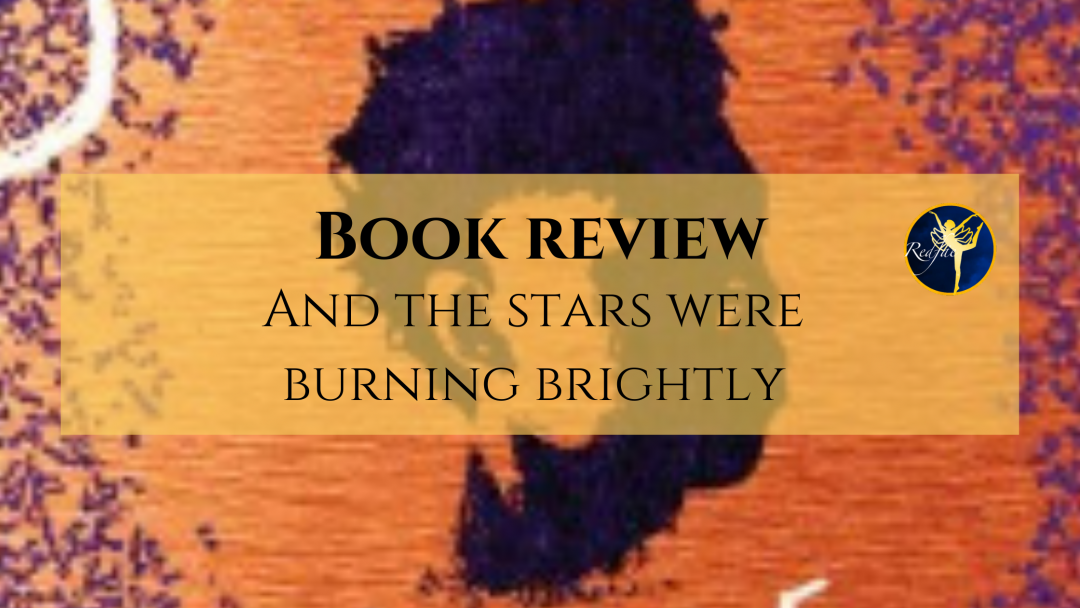 Book Review: And The Stars Were Burning Brightly by Danielle Jawando

#amreading And The Stars Were Burning Brightly by @danielle_jawando 💛 I am a slow reader. I’ve always been a slow reader. My imagination takes off with the book and I sometimes pause to reflect on what I’ve read. Nowadays, I have to squeeze reading into an already packed day. Often, I only have time for 1 chapter at a time. 💛 I received this ARC copy from #netgalley and I’m loving it. It is tackling the difficult topic of suicide but the characters are so real and vivid, I look forward to every opportunity I get to read it. #BurnBright 💛 It gets released in March. Hopefully, I will have read and reviewed it by then. This is definitely one to add to your #tbr 💛 #currentlyreading #arcbooks #arcbook #currentread #yafiction #suicideawarness #bookreview #bookrecommendations #bookstagram #daniellejawando @danielle_jawando

The book I received was an ARC copy through Net Galley. The copy had a few typos but it didn’t detract from how incredible this book is.

The novel deals with some very serious issues; bullying, cyber bullying, mental health, bereavement, and suicide. If these are triggers for you then you should avoid but if not… THIS IS A MUST READ!

The book is told in first person from three characters.

Each chapter starts in italics with Al’s thoughts. But, Al has gone. He’s dead. He commit suicide.

Nathan is the younger brother of Al. Nathan is in shock and blaming himself. Not only did he find the body but he ignored a phone call from Al. In addition, Al’s death doesn’t make sense. Nathan obsesses with wanting answers.

Megan was in Al’s art class. Megan liked Al, he understood her better than her long term best friend, Tara. But, Al isn’t considered popular so she kept their friendship hidden from others. When Al dies she creates a Facebook page to honour him, much to the surprise of Tara.

Nathan unlocks Al’s phone and finds texts between Al and a girl, Sophie. He never knew Al had a girlfriend. It looks like they broke up suddenly. He notices Al has drawn her in pictures and tries to contact her to find out more, but can’t get hold of her.

Nathan finds other secrets in Al’s paintings. He believes Al was trying to tell them what happened. There’s a symbol drawn over and over. Nathan’s family encourage his to drop it. But, Nathan can’t let it go. What does the symbol mean?

Megan feels guilty for not being a better friend to Al. His absence forces her to face how Tara isn’t really her friend. Tara is always with her boyfriend Eli who enjoys making fun of Megan. And, Tara isn’t much better.

Megan decides to make a Facebook page in Al’s memory. When she sees Al’s younger brother she let’s him know. The page is positive with people sharing their condolences.

Nathan sees a comment on the page from Lewis saying he’s sorry. Nathan tries to find out what Lewis is sorry for. Lewis used to be Al’s best mate but they stopped hanging out together. Lewis began hanging out with Eli, someone with a very bad reputation. Nathan wants to know why but whenever he tries to speak to Lewis, Eli gets aggressive. This fuels Nathan’s suspicion and anger with Lewis.

The Facebook page starts to attract the wrong attention. People make fun of Al’s appearance and making fun of his suicide. Nathan is upset by the comments and blames Megan for creating the page. Megan deletes the comments and is upset. This wasn’t what she wanted.

When Nathan calms down he apologises to Megan. She’s very understanding. She has a lot of empathy as she lost her dad in a car accident. Al’s death brings some old emotions to the surface for her. She uses her experience to support Nathan through this difficult time. Megan and Nathan begin to bond over grieving for Al.

Al was a talented artist. Megan feels a great loss over Al and decides to put on an Art Gallery with all his work to remember him.

Megan and Tara fall out. Tara doesn’t understand why Megan cares so much about Al and is very rude and insensitive. She only is nice to Megan when she falls out with Eli but as soon as they are back together she drops Megan. Megan is at the point that she no longer cares. She doesn’t need Tara. Tara decides to throw a house party the same day as Al’s funeral.

Nathan does get his answers. Things come to ahead at the funeral and everything unravels. He discovers the reason Lewis is so sorry. He discovers the ugly horrific truth behind the symbol and what drove Al to his end. Nathan goes after revenge and I didn’t see the end coming.

Megan learns through Al to go after what she wants. That she doesn’t have to accept her home town is all she can be and realises she could go to uni.

And, despite the heartbreaking truth, Nathan and Megan get a happily ever after.

Wow! You must read this book.

The voices of the characters were so vivid. I could see them as real people. Even Al. These people will stay with me forever.

The story was heartbreaking and expertly written. I had to find out what happened next and sometimes I had to calm down before going to bed. I had no idea how it would end. I was shocked by the revelations but it made sense.

Never has a novel caused me to shake with anger, fear and sadness all at once. OMG! As a writer I want to learn from Danielle’s mastery. As a reader I am desperate for more!

Despite all the sadness and ugliness the novel still has a happy ending. But, there is also a strong message about bullying and suicide. This book should be read in every high schools and discussed. This book could save lives.

My To Be Read Pile

6 thoughts on “Book Review: And The Stars Were Burning Brightly by Danielle Jawando”