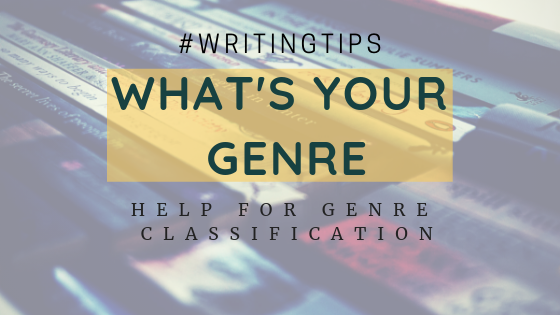 What is your genre?

Classifying your genre will be one of the first things you do.  However, this may not be as simple as it sounds.  Many novels, scripts and other works of art will combine elements of more than one genre within the story that is told.  However, there will still be one main genre that flows steadily throughout your story (or series).

I watched Reign on Netflix.  This series is classified as a Costume Drama.  The main character is Mary Queen of Scots so some might say it is a Period Drama or Historical fiction, but to make compelling viewing the gripping storylines are fictional and I’ve seen it described as Fan Fiction.  In addition, there is a lot of Political Drama and Religious Conflict.  Many of the storylines are romantic making it Romance fiction.

Sometimes the genre can be tricky to pinpoint as the definitions can be confusing and sound similar to each other.

I’ve had this issue trying to understand what is Magical Realism’? Or, what’s the difference between Urban Fantasy and Paranormal Romance?  Then, some genres are based on the target audience of the reader i.e. by age (MG, Tween, YA, etc) or gender (Chick Lit) or personal identification (LGBTQ, Multicultural).

To tackle this, I suggest looking up the definitions online from more than one source.  Also, check how novels similar to yours have been classified.  Read novels of the genres you are considering and see which feels most similar to yours.

It is important to get this correct to enable the right readers to find your novel.

What if it is many genres?

Say you’ve written a YA, Historical Horror with a cross-dressing African bi-sexual and all the genres remain strong throughout the novel?

Then you have to ask yourself how similar novels have been classified or which market you feel your novel will thrive most strongly (i.e. if there is a current demand for Horror fiction, perhaps place it there).

Write for Kids has an article that goes into more detail on this subject – click here.

These are the main genres most people think of when classifying fiction:

More information on this can be found on Fiction Factor:

Jewel of the sea

My novel Jewel of the sea (formerly Drift) is:

I have classified it as a YA Urban Fantasy Novel.

What genre do you write?

Does your novel have multiple genres?

Please let me know if these descriptions helped you classify your novel’s genres.

This article was previously posted on my old blog and has been updated.

One thought on “What is your genre?”