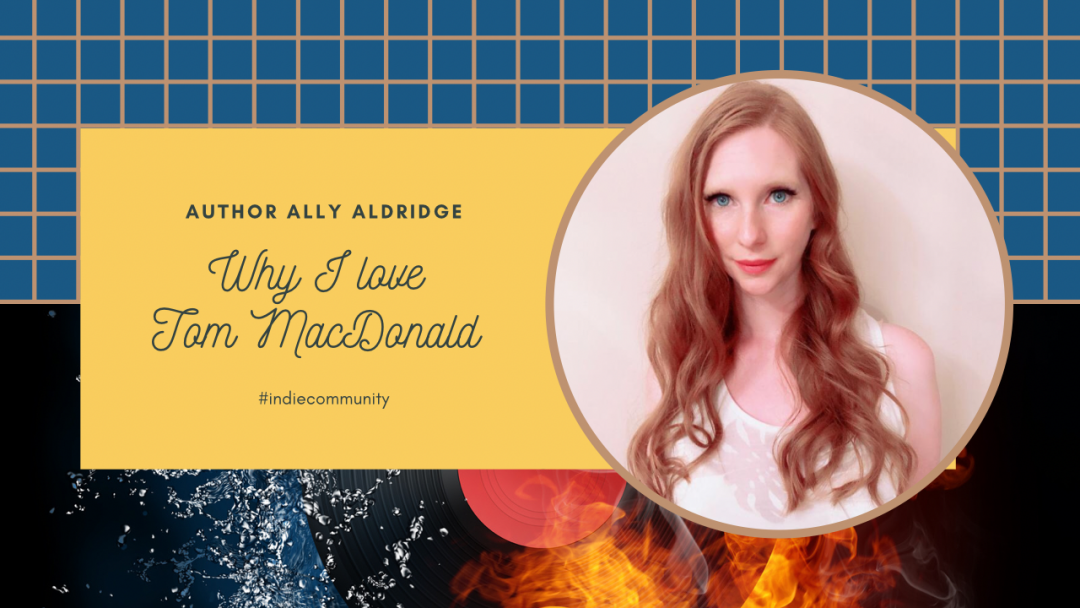 💕 Why I love Tom MacDonald 💖

Who is Tom MacDonald

Tom MacDonald is an indie artist creating rap music. He has no record label, no publicist, he’s not signed with anyone.

He does most of it on his own, with help from his girlfriend rapper, song writer, video editor, Nova Rockafella. She mainly shoots & edits his videos. Sometimes they enlist the help of of their best friends.

Behind every great man, is an even greater woman! 😘

How I discovered Tom MacDonald

I discovered Tom MacDonald in 2020. I follow Gothix on YouTube and she posted a reaction video to his song No Lives Matter. In the heat of the BLM movement made me think, “Woah, that’s risky!”

Gothix often speaks out on identity politics and being a black woman. I find her conversations to be intelligent and she supports her points with facts and resources. She gets hate for being controversial, but she’s not, if you listen actually listen to what she’s saying. Here’s the video:

How I became a fan

This lead me to check out more of Tom MacDonald’s videos. I’ve not listened to rap or Hip Hop since the 90s, but I found myself really enjoying his stuff. I subscribed to his channel.

A short while later he dropped Best Rapper Ever. This record needs to be the theme tune of ever indie artist.

As a fellow indie I am well aware of the amount of work that goes into creating and launching your product. Tom is an artist! But like all artists he battles self doubt.

The video tells a story of his inner demon taunting him, and Tom rising above it and becoming The Best Rapper. Believing in oneself is a story many indies can relate to and have struggled with.

I couldn’t believe this guy had no record label! His small team is his girlfriend (Nova), and two best friends that help out. He writes his lyrics, raps, creates the set, records, edits, formats, publishes, and markets it! He is hitting number one in the charts consistently, and all his profit, is his. Nobody owns him.

I started buying Tom’s tracks from iTunes. As a genuine fan, I want to see him at number one. As a fellow indie, I find him empowering. He encourages me to not give up, to chase my dream, and be a successful indie!

Whenever someone does well there are those that feel threatened. It’s sad really – Haters gonna hate. Like thinking that fans of Tom’s can’t be fans of anyone else.

Tom is a big fan of Eminem. He’s spoken openly about how he inspired him to get into rap, and is complimentary to his legend. More on this later.

No. He doesn’t diss Eminem but he does have a rap battle with MacLethal. Mac is an Irish rapper famous for his record Look At Me Now, whilst flipping pancakes, and can say 400 words in a minute 😅.

Flawdzilla does a great YouTube video reacting to the battle. It’s quite clear that Tom won with his trademark truths, where as Mac resorted to childish taunts that make you cringe. Tom even makes patter cake look cool.

Recently Eminem auctioned the beats of his famous track, Dear Stan. Tom MacDonald placed a bid, and some Eminem fans freaked out. They got scared that Tom was going to use the track to diss Eminem. They created a Go Fund Me to out bid Tom, but Tom won. He used it to create, Dear Slim.

This video really does showcase Tom & Nova’s combined creative talents. They’ve created a set inspired by Eminem’s original video. I think they did it in a matter of weeks too!

The video isn’t dissing Eminem, it’s Tom declaring himself as Eminem’s biggest fan. So big, he has become Eminem.

I enjoyed NoLifeShaq’s reaction video, with guest Tom MacDonald. Seeing Tom react to his own video was next level. He got to share about making it with Shaq, and its just incredible to hear the effort that goes into producing his music.

Another great interview was by Unique Access Ent. and starts off about buying an NFT (how he came to own Eminem’s beat). He also talks about his writing process, generating ideas, inspiration, and everything that goes into making a music video.

Tom is not owned by mainstream, and retains his creative freedom. He makes it look easy but so much work goes into producing his results. He has earned every penny, doing it himself, his way. Together with Nova, the pair are unstoppable.

I don’t know how they’re doing it. It feels like they have a new release every other week, but the quantity is not impacting the quality. I hope they don’t burn out which is common with indies. The line between work and play blurs, and we have a habit of forgetting to switch off.

Love or hate Tom, you can’t deny he has talent. He is an example of what working hard for your passions can achieve.

Don’t sit around waiting to be signed. Go make you dreams a reality today. Make it happen!

Don’t put off writing your novel

A decade of writing

Why I love World Indie Warriors

Why I have chosen to Self Publish