3 Easy Activities for Kids at a Gender Reveal Party

Amazon let me down!  I ordered my party supplies and they arrived just as the party finished.  I didn’t let that ruin the day.  Oh no, I took to Pintrest and I got my sister to help me out with her Guide Leader experience.

I hadn’t wanted the party to be a big deal.  Just a get together with my best friends and immediate family so I could share our good news altogether.  Most importantly, I wanted the focus to be about Noah becoming a big brother.

I had some amazing idea boards on Pinterest and had fallen in love with the idea of a Mad Hatters tea party theme.  I ran out of time for that so had to come up with a new idea.

My table spread consisted of:

The juice jug was a titled jug.  I used Mr Kipplings cakes as they are sealed (prevents kids poking them before they have committed to eating them).

The centre piece was a cake from Morrisons with a surprise center (multi coloured sweets) and I just added a ‘Girl or Boy?’ cake topper bought from Etsy.

By putting the healthy stuff at the front, the children were encouraged to eat the fruit and veg – it worked!  They were the first be eaten. 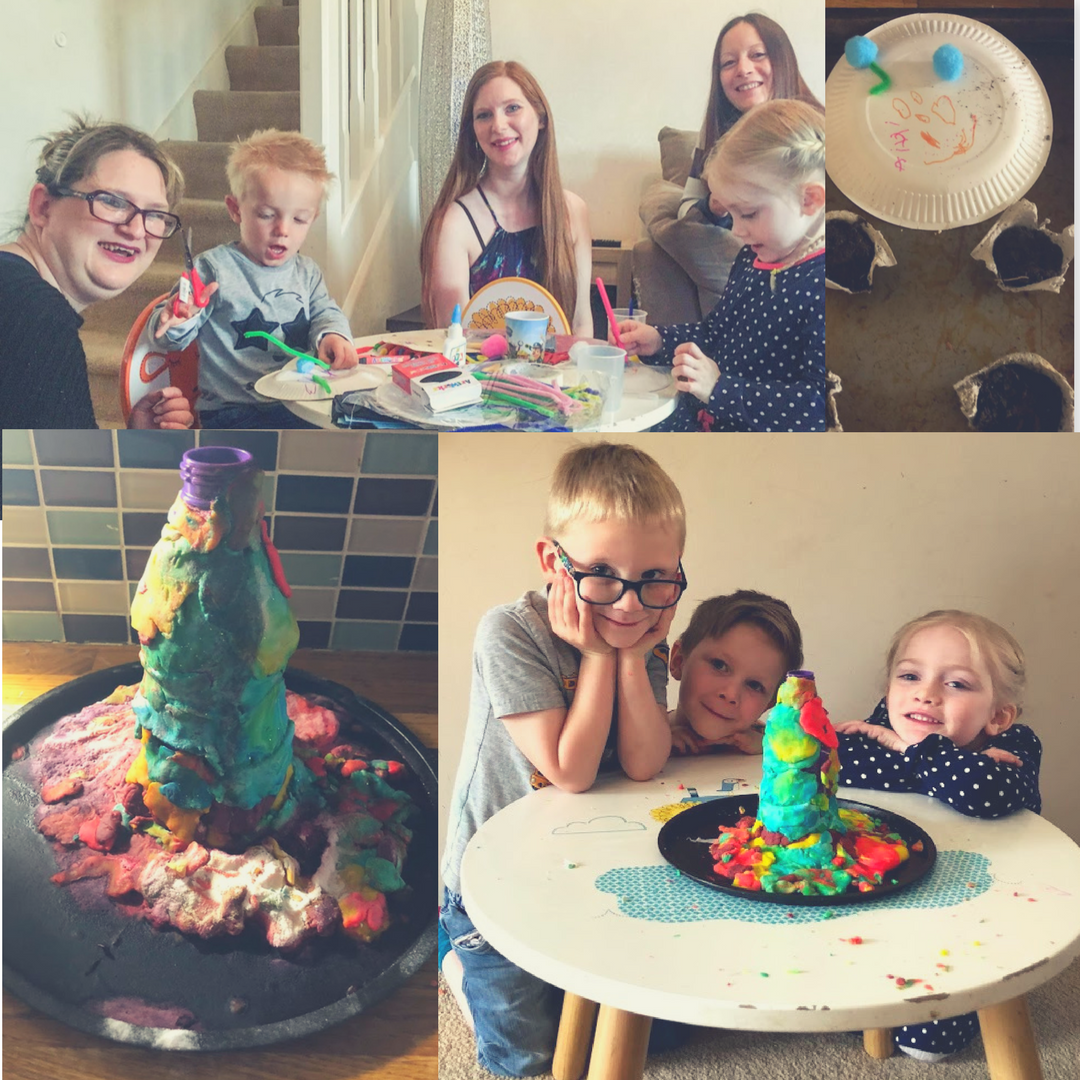 We had a number of activities for the kids in celebration of a new baby.  These were:

My sister brought soil, beans and an egg carton. She cut the carton up to make little pots for each of them to grow their own (runner) bean.  They put soil in their carton and planted their bean and watered it.

My sister had brought a ‘one I made earlier’ plate for the children to see what they could achieve.  They then each had a paper plate and used pens, glue and fluffy bits and paper to decorate their plate and make a baby face.

The children really came to my rescue as they helped with an activity I had never done before.

My little nephew was a star at the party as we were all in baby mode.  Everyone wanted a cuddle with him and he was a really good sport about being passed around.  The children listened carefully about supporting his head and were incredibly gentle with him.

I was really proud of all the kids. They really made this party awesome.

My room decorations and confetti cannon from Amazon did not arrive in time but I think the end result showed me that you don’t need those things to throw a good Gender Reveal party.