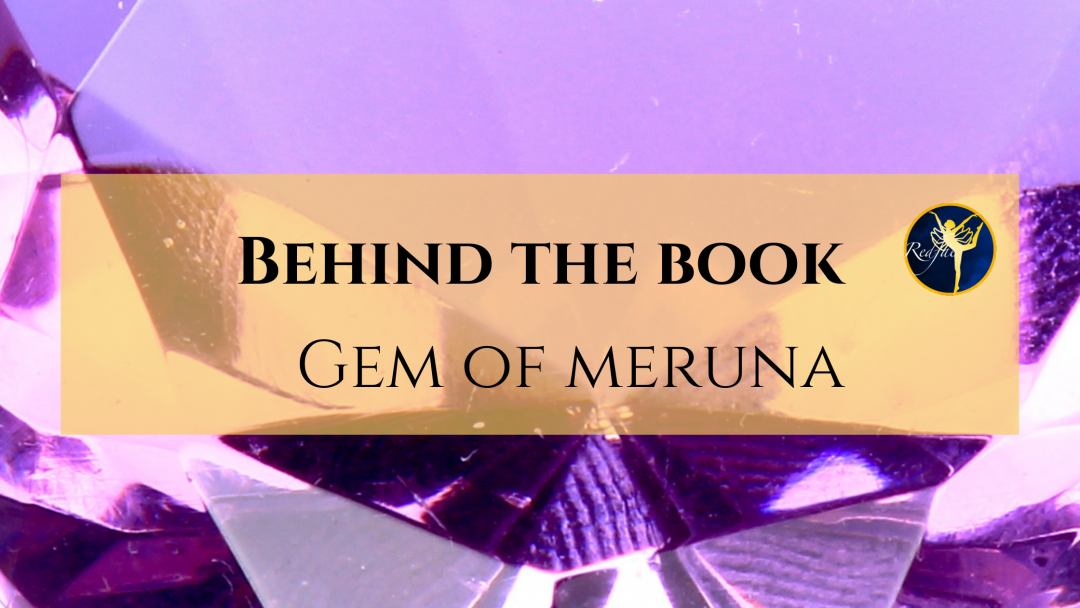 Gem of Meruna made you a published author, but you recently released it again, why?

The first time around, I was woefully undereducated about the publishing world. As such, I didn’t know to run (as fast as possible) from any publisher that expects you to pay them. I thought it was normal for the author to cover part of the costs. But…it definitely isn’t. That was just a vanity press.

My novel received no edits. It got no marketing. I was inundated with phone calls from their marketing people trying to sell me promotional packages, all of which were pitiful yet expensive.

Basically, it was a legal scam and my novel suffered for it. Now that I’m self-publishing, I’m making it right.

You now have three self published books, does publishing get easier?

It does, actually. It’s still very time-consuming and certain aspects are tedious, no matter what. But the metadata, copyright, and ISBN process gets easier with practice. Each time through, I have little tricks I picked up the time before.

What was the earliest story you can remember writing about?

In 3rd or 4th grade, my class was assigned a creative writing project wherein we had to write about a horse and a bat. I don’t remember the story I came up with, but I do recall something my teacher said when she called for me to read it. Apparently, I already had a reputation for writing darker stuff, because she said, “Knowing Elexis, the horse and the bat probably both die.” Lol.

What genre is Gem of Meruna and can you name any similar books?

It’s high fantasy romance. As for similar books…I’m really bad at finding comparison books. That was one of the hardest parts of querying when I was pursuing traditional publishing.

Please share a snippet or teaser from Gem of Meruna?

A noise startled Kiluna awake. It was far too close. The sound came again, right at her ear, but this time, she realized what it was.

Father had often snored when he slept, and Grandmother had, as well. But Kiluna hadn’t heard that sound since they died. Joseya’s snore was much softer, quieter, but its proximity made it seem far louder.

That was when Kiluna noticed it. Joseya no longer faced away from her, rather he nestled in close. One arm curled under his head, but the other wrapped around her waist.

Nothing about it felt strange though, just…right. She didn’t want to move, or even breathe too hard, for fear of waking him. The embrace would be retracted if he woke, she knew it as sure as she knew her scars were still there.

So, she laid still. She concentrated on his breath on the back of her neck. She relished the moment, all the while wondering if this would be the only time she lay near another Leey.

Her eyelids fell, blocking out the world as she savored the closeness. She didn’t notice when she drifted back to sleep.

Several moments later, she felt Joseya stir. His sudden movement made her jump. Instantly, he pulled his arm back to himself, muttering apologies as he did so. Kiluna flinched at his words but held in her pain. A single tear escaped her eye, leaving a tiny wet spot on the earth.

Which character from your books is most like you?

My website has information and links for all my published works, as well as little tidbits about my WIPs. My blog is chock full of (blunt) writing advice and updates on all my work.
www.elexisbell.com

All my books are available on Amazon, and can be found on my Amazon author page.
www.amazon.com/author/elexis_bell

If you enjoy this, you should check out:

Why I have chosen to Self-Publish

To discover more ways to connect, click my link tree:

7 thoughts on “Behind the Book: Gem of Meruna by Elexis Bell”