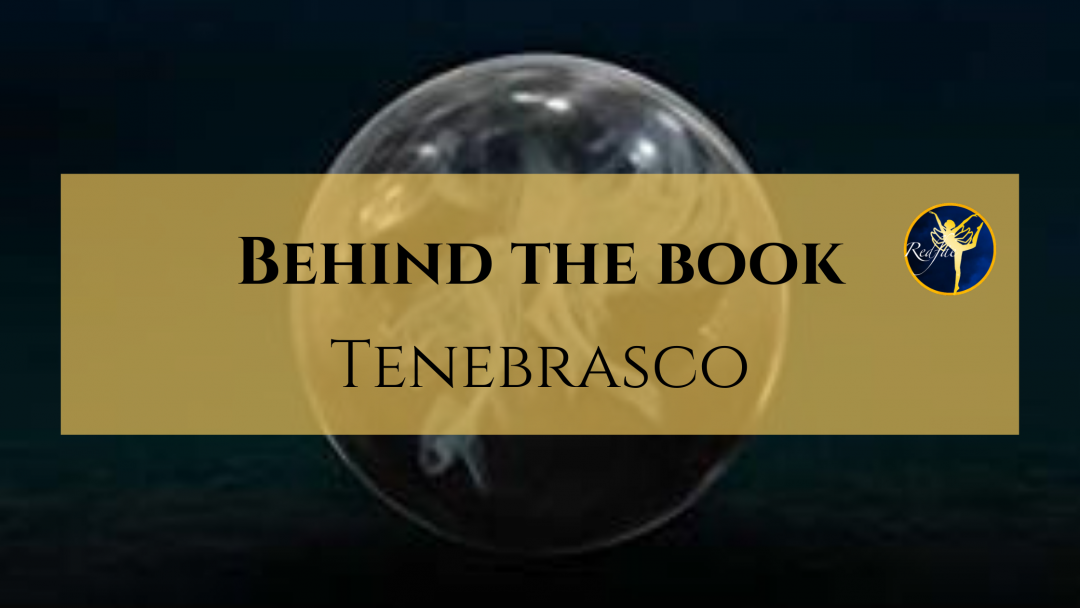 I was excited to interview Hannah about her book as I’m currently reading it and it’s a mermaid story. As an author of a mermaid story myself, I’m always fascinated to see how others do it and how different the worlds we create can be.

This is book 1 in a trilogy. What can readers look forward to in the Pearl Wielders series?

Mer, magic, adventure! Some readers have even described Tenebrasco as a Little Mermaid retelling! It’s a very contemporary take on the mer world. I basically wanted a story that avoided some of the standard mermaid tropes. So, for example, the mer wear normal clothes (hydrodynamic of course!), the humans (or legged as the mer call them) know that the mer exist and the mer live in a world and society that is as advanced as ours.

From a plot perspective, the Pearl Wielders series starts when the peace treaty between the mer and legged is attacked derailing peace and setting the two worlds on the brink of war.

In the aftermath of the attack, April (MC) ends up stranded on a poison shrouded island grappling with her powers as they start to consume her.

Can you introduce the MC, April and the sort of powers your mermaids have?

April, or Princess April Meridia, is the most powerful pearl wielder in the seven seas. She loves marine wildlife, is a very caring and loyal friend and would do anything for her mer but… she has never been fully in control of her pearl powers in the way her mum and society expect.

As the heir to the throne of the seven seas April wields all seven of the original pearl powers. She can manipulate water and the weather, grow plant life, communicate with animals, heal and connect with the life force of other mer.

Who is your favourite mermaid- other than April of course?

This is a difficult one and it changes across the books! In the first one though, I think it’s Alex.

I won’t give too much away but… he’s the best friend everyone needs!

What inspired you to write the Pearl Wielder series?

Several things inspired me to write the Pearl Wielders. The earliest version was a draft I wrote when I was ten years old. I woke up from a dream about a mermaid with golden hair who attended a boarding school on an island. I only wrote a couple of pages back then but it became a comfort story. Whenever I was bored, lonely, travelling etc. I would add to the Pearl Wielders world and continue telling myself the story.

The story has changed to a point that it’s unrecognisable, but when I finally started writing it properly (some ten years later) the one thing that stayed the same was the mermaid with golden hair.

If you like the Mortal Instruments by Cassandra Clare, Alanna’s Quartet by Tamora Pierce or The Selection Series by Kiera Cass.

The Pearl Wielders series is enjoyed by all ages but the target demographic is Teenagers.

A deep cold washed through April. Dark tendrils of energy writhed towards her. Panic flooded her brain and the compulsion to reach the Merdevil was broken. She tried to drop the stone but it clung to her hand. Her panic levels increased and April thrust all her powers outwards. She propelled herself upwards and the Merdevil dissipated as she found herself back in the lake.

Finally, she broke through the surface and hurriedly clambered onto the grass. Clouds had gathered overhead and all the waterweeds had shot up. April looked around in alarm. The beautiful flowers were now overgrown with grasses. She looked to her hand where she was still gripping the black stone. A dark flicker ran across her fingers, she blinked and it was gone. April shook her head trying to make sense of what had happened. She felt cold, very cold.

Connor and Alex were frozen ten metres away from April. Their faces mirrored the horror of the other’s expression. Silence settled over the pool. Even the sudden clouds froze in place hanging ominously above. Only a few seconds had passed but it felt like everyone had stopped for several minutes. The cold was slowly seeping into April’s skin. She looked up towards the sky and wielded her Tempus powers to part the clouds and let the sunshine back through to heat her up. April turned to assess the damage she had caused, but the pool area had reverted back to normal. She stood up and whipped the water from her body with her Factus powers as she walked through the grass. A glow of white Factus and navy-blue Tempus energy surrounded her. As she wielded her pearl powers she heard an intake of breath to her left. Suddenly she remembered who she was with. Alex and Connor still hadn’t moved. Transfixed by April’s actions they were both utterly still. April took a small step towards them and as if the power had been turned back on, they both abruptly burst into life.

Can you tell us about any special events you have coming up? (MerMay, upcoming releases, etc)

Yes! We’re actually in the midst of an event. This year I’m hosting the first-ever MerMay Readalong! Check out Instagram to see what’s going on!

You can find more information at my website hannahreads.co.uk/

For the most frequent updates on my writing journey, Instagram is the place to find me @hannah.reads

And to keep track of Tempus updates you can find me on Goodreads and add Tempus to your Want to Read.

The below are affiliate links. Visit my Affiliate Disclosure page for more info.

2 thoughts on “Behind the Book: Tenebrasco by Hannah Reed”