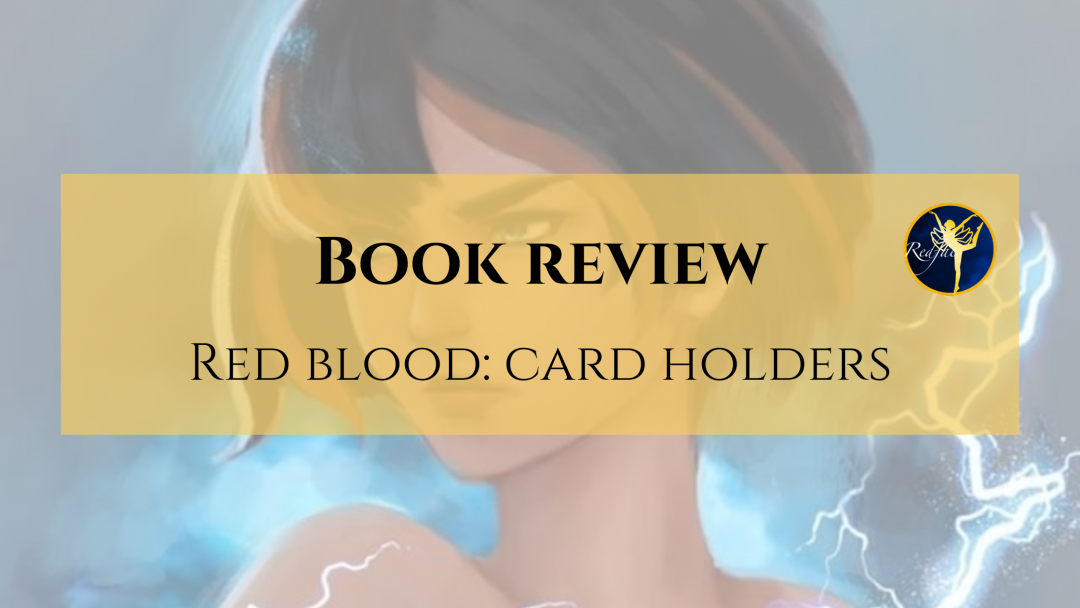 I was fortunate to be part of Kaitlyn Legaspi’s ARC team. I didn’t quite manage to finish this ARC in time but I wasn’t far behind.

This novel is set in a futuristic world where there are bound and unbound people. Unbound people have powers, and those with more than one power are specialists. Specialists can learn to use cards that boost their powers.

The unbound are rules by the Card Catchers. The story starts with a tournament being held where all the unbound must compete, so the strongest are selected. The tournament can be deadly, hence Neela’s resistance to partake.

Neela is the main character. She is a feisty vigilante orphan, growing up in the slums with her brother. Neela is an untrained specialist.

Jacen is Neela’s big brother. They are super close as they’ve pretty much grown up only having each other. He doesn’t have any powers.

Brochan is to become Neela’s trainer when she is required (or forces) to compete in the Red Queen tournament. Part of his team includes wife Lily, and brother-in-law Will.

Amil is a specialist trained assassin. He also becomes Neela’s first friend. There’s a lot of flirting between them. Unfortunately, Amil’s brother isn’t quote so friendly.

Neela is a feisty young vigilante, with unbound powers. She doesn’t want to compete in the Red Queen tournament, until she is caught by her trainer. On their way to the tournament they are attacked.

Neela meets Amil, a young assassin that everyone is cautious of. He quickly becomes her friend, which draws the attention of his not so nice brother.

People are targeting Neela. As they try to figure out who they are, more secrets unravel. Could the attacks be linked to her parents deaths?

My only negative is that sometimes it felt too dialogue heavy, and there were a lot of occasions thar Neela’s hair got roughed up or her head patted.

Red Blood is full of fast paced action and superpowers. It reminded me a lot of Naruto, but without the school. It’s a fun read. Kaitlyn has put a lot of thought into the magic system and World-building to bring this story to life.

Check out my Live Stream Team

Whart to Watch if you love Super Powers