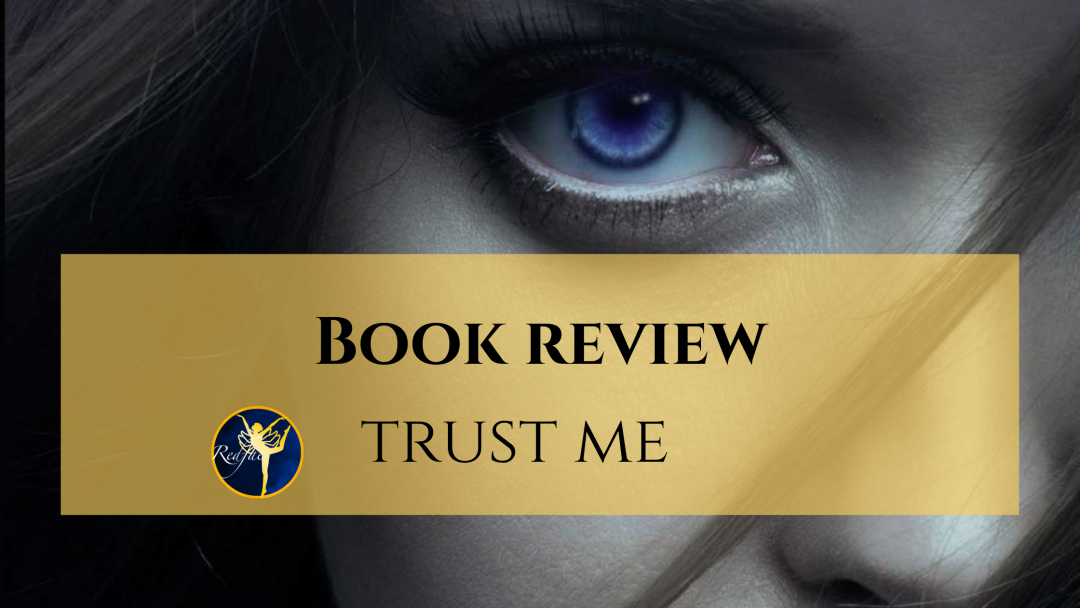 The novel is set in the future. Cyan and her mother are hunted because they are the last Caucasian women. They are wanted for science, trafficking, etc. Cyan’s mother was lost, presumed dead, when she was younger during an attack in their home. Cyan has spent most of her life on the run with her dad until he was murdered. Cyan is then on the run getting help from an unlikely companion, her father’s murderer.

The book starts off by showing us this futuristic world. As Cyan’s needs to live off the grid to keep her safe, they actually live a very simple life. Cyan grows up in an extremely sheltered life where her mum is her main companion.

The start of the book is a little disorientating as we jump back and forth in time and between the viewpoints. You best get used to this style of story telling as it is used throughout the book.

I’m not keen on books where the characters are travelling. As Cyan is never safe, she’s always on the move.

Cyan lost her mother when she was young during an attack in the family home. She then spent a number of years raised solely by her dad. Her dad is getting old and struggling to keep her safe so he gets Devin (someone who has hunted them for years to get the bounty) to kill him and take on the role of protecting Cyan. The promise Devin makes to Cyan’s dad forces them together.

It was uncomfortable to read at times. There wasn’t only one rape scene but several, told by different characters and at different times.

At first Cyan doesn’t like Devin, he killed her dad. Devin keeps their relationship strictly business as he worries that if he gets emotionally involved it will cloud his judgement. Cyan learns to depend on Devin for protection and Devin learns to trust Cyan and her premonitions. The romance between them grows and I enjoyed the steamy scene in the barn.

I also liked Cyan’s powers and would have liked to have seen more of this but then she would have been less vulnerable. She gets a vibration feeling when danger is coming and premonitions that cone true. She also has a very destructive power which she used to attack hunters when they hunted her family. All the time in hiding, they never thought to encourage her to practice her powers to use them to keep them safe. So sadly, Cyan can’t use them.

There was a decent end to the book. There were two plot twists and Cyan finally used her powers to save them.

The ending is left open for possibly another book.

Overall, this book was not for me. I was provided this book by Net Galley for an honest review.

I wasn’t keen on the constant danger or the idea that being the last woman with blue eyes meant men wanted to rape you. I found it hard to understand and it felt racist at times because men of colour were unable to control their urge and behaved like savage animals. If these are trigger points for you, give this book a miss.

Another gripe was her father’s plan for her survival.  I found it a bit odd – why die. I couldn’t understand why Devin was risking his life for a promise to a dead man he had never really known. I didn’t believe Cyan would willingly go with Devin after seeing him murder her dad, especially as she didn’t know why and only had Devin’s word that it was what her dad wanted.

However, there are also many good points. The book is very well written with lots of showing and the world was brought to life in a natural way that sucked you in. I loved Cyan’s powers and wanted more. I loved the secret behind her necklace and it was a great reveal at the end. The slow burning romance kept me turning the page and I was thrilled when the pair finally got it on.

The author has written plenty of other books and maybe another title would be more my thing but I don’t think I will be in a hurry to read another one unless it comes highly recommended by someone who knows my reading tastes.

Have you read a book by Maddie James? Do you like novels set in the future or characters with powers?

Discover more ways to connect by clicking my link tree.