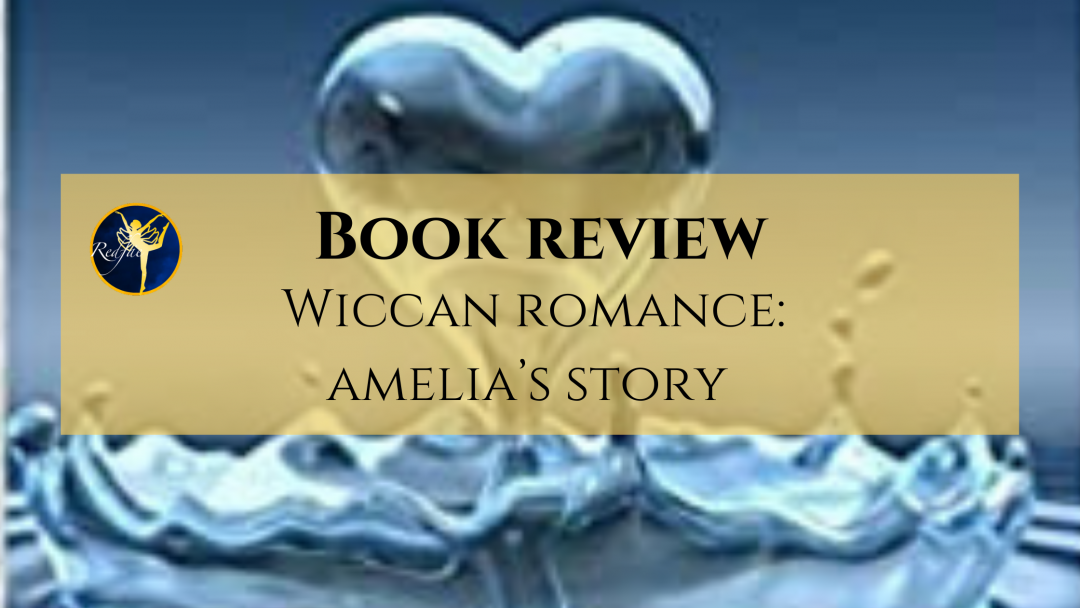 This book was on my to buy list and then I won a signed copy in a completion on Twitter. There is something special about a physical signed book and I will treasure it forever.

Amelia is a quadruplet and a hereditary witch. In their garage, their dad teachers her and her brothers the history of their kind and how to control their powers. Each of them will master an element.

Amelia is crushing on Aiden, her brother’s best friend. During some sibling fallout over dog walking duties, Aiden offers to accompany her as he has to walk his dog.

It doesn’t take Amelia and Aiden long to figure out their chemistry. With the blessing of her brothers, Aiden asks her out…

But, just as things are going well, the family receive a guest demanding the family honour an ancient promise. Edward believes that their families are to be joined in marriage and he strongly believes he is supposed to fulfil that promise by wedding Amelia.

The family then try to figure out away out of the promise, however, Edward is extremely persistent. His sister Emily is the complete opposite and when she starts Amelia’s school they quickly become friends.

Meanwhile, a rival Wiccan family plot to steal Amelia’s and her brother’s magic. They believe it was originally theirs and want it back. The rival witches are stalking Amelia and attack her whilst walking the dogs with Aiden. Amelia has to use her powers to fight them off.

Amelia has to lie to Aiden about what happened as he can’t know about magic unless they all agree to tell him. Aiden knows Amelia is not being honest with him. He learns about the Edward situation and gets jealous. They break up. Aiden then hooks up with the rival witch (he has no idea about witches). Amelia finds out and it breaks her heart.

Now Amelia is single, Edward gets more pushy. In the end, things get violent and her brothers have to throw him out their home. One of the brothers realises that the prophecy says nothing about who should marry who and maybe one of them could marry Emily to join the families.

Aiden realises what an idiot he is and begs her brothers to let him make up with Amelia. At first they won’t let him anywhere near her but seeing her so upset, they give in. Amelia and Aiden make up and the siblings reveal their magical secret.

Aiden is captured by the rival witches and taken to a cave. The siblings work together on a plan but Amelia can’t wait and sneaks off alone to rescue Aiden. Amelia discovers it is a trap to force her to surrender her powers in return of Aiden’s release. Amelia is about to give up her magic for love when her brothers arrive. Together the siblings use their magic together to fight the rival witches and free Aiden.

Afterwards, Aiden realises how much Amelia loves him to surrender her magic. They have a happy ending.

This novel was a sweet romance, it has a very innocent feel of first love. The world building of magic is very subtle and natural. Nicola has woven the magic into the story and made it a natural part of their life. It makes it easy to embrace and follow.

Whilst reading this I picked up on a few Riverdale vibes. If you like Riverdale look out for those Easter Eggs. It was fun to spot them.

This novel is written in third person which isn’t my preference but I think it is useful as a writer to read different styles as you can learn a lot from other authors and how they deliver their stories.

I am curious to discover what’s next in the series and heard that book 2, Sam’s Story, was released at the end of February.

If you liked this, you will enjoy: