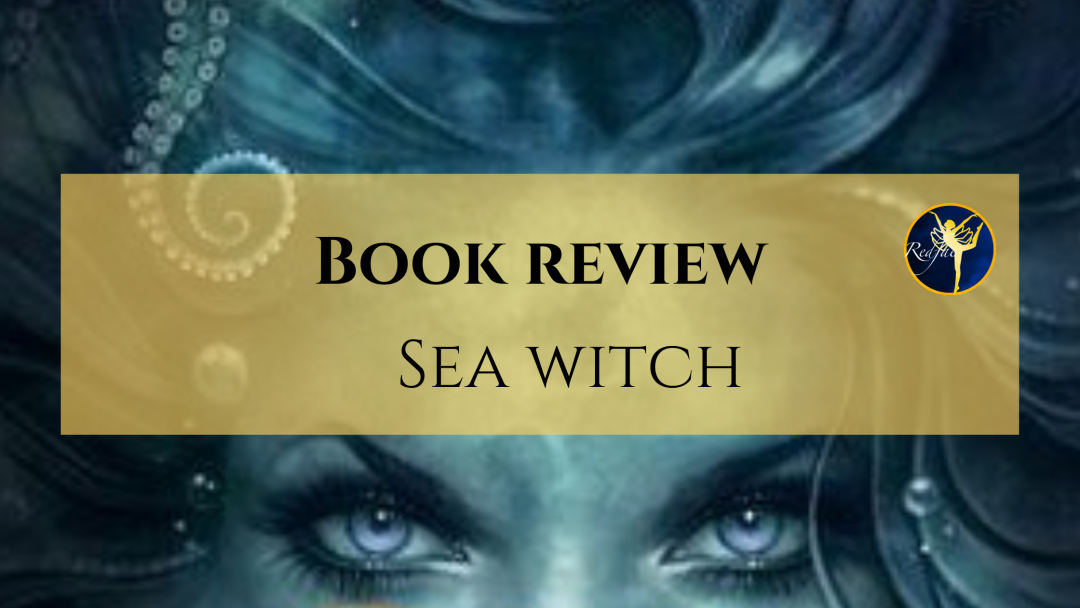 I picked up this novel from YALC 2019. I love mermaids and I love a well developed villain.

My current read. #QOTD What are you reading? 💛 I picked this up last year at #YALC2019 . So far, I’m loving it. 💛 I’m sad to hear #YALC2020 has been cancelled but it is best for everyone’s safety. #YALC2021 is going to be epic with so much pent up book buying lol 😂 💛 #currentlyreading #bookfestival #cancelledevent #cancelledbookfest #cancelledYALC #yafantasy #yafantasybooks #yafantasyauthor #seawitch #sarahhenning #fairytale #fairytaleretelling #littlemermaid #fantasybook #currentread #reading #booklover #bookstagram #booksofinstagram #booksbooksbooks #fantasybooks #mermaidstory #mermaidnovel #mermaidbook #readmorebooks #ireadya

The fairy tale you thought you knew…

The story of the Sea Witch, the villainess from Hans Christian Anderson’s classic tale The Little Mermaid, told from the viewpoint of the Sea Witch when she was a twelve-year-old girl…

Evie has been wracked with guilt ever since her best friend, Anna, drowned. So when a girl appears on shore with an uncanny resemblance to Anna, Evie befriends her in an effort to make amends. And as the two girls catch the eyes – and hearts – of two charming princes, Evie believes that she might finally have a chance at happy ever after. But is Evie’s new friend really who she says she is?

A gripping story of friendship, betrayal and the power of hope…

The story starts by introducing the three friends Evie, Anna, and Nik (aka the Crown Prince). The childhood friends are running along the beach and playing in a cove until there’s an accident. Evie risks her life to save Nik. Evie cracks her head on a rock. Her friends rush her home to her family that know magic and her mother gives her life to save Evie.

We then jump to Nik’s sixteenth birthday taking place on a ship. It reminded me of the scene from the start of Disney’s little mermaid. Anna isn’t here as she died in a tragic accident. This did confuse me a little as I thought I’d missed something because the only tragic accident I knew about was the one above, and Anna was fine.

A storm comes and Nik is washed overboard. Evie and his playboy cousin Iker search the tide for him, hoping he’s been washed ashore. Evie spots Nik first, he’s with a girl, but in a flash she is gone.

Evie is a witch but hides her magic because it’s punishable by death. The story covers lots of celebrations including one where wicker dolls to symbolize witches are thrown into the fire.

Evie meets a mysterious girl that is a dead ringer for her friend Ana who tragically died, taken by the sea, during a swimming challenge gone wrong. The new girl claims to be Annemette.

Annemette reveals to Evie she too has magic, and confesses to being a mermaid. It was her that saved Nik when he almost drowned and she fell in love and had to come to land for true love. She has limited time to get true loves kiss or return to the sea as foam.

Annemette is in luck because, as Nik’s BFF, she’s the one girl with access to him. But, Evie is poor and shunned away by the elite as unsuitable, so she’s not usually invited into the palace. Evie lies, and says Annemette is from a well off family, and Annemette uses her magic to create herself (and Evie), fine dresses. As a result, they are invited to stay at the palace.

Evie encourages Nik to date Annemette. She reminds her so much of her lost friend, she’ll do anything for her. Evie starts dating Iker. Nik isn’t too pleased about this, due to Iker’s reputation and there is a hint of jealous. Evie knows her and Nik can only ever be friends due to her heritage.

Evie searches for another way to break the curse. She starts practising her magic more, becoming stronger.

During all of this, there are flashbacks. These sometimes reveal Evie’s pasts, and sometimes the Little Mermaids and her life bebeathe the waves.

Time is running out! In Evie’s desperation she tells Nik, Annemette is a mermaid. Annemette is not impressed, so, she reveals Evie is a which! Iker over heals and demands the guards arrest her.

The girls run. Evie is still determined to save Annemette and believes she’s figured out the spell. It turns out Annemette has her own ideas to stay human & it has nothing to do with kissing Nik.

It’s during these final pages, Nik confesses he never had eyes for Annemette, he has always loved Evie. Annemette takes Nik’s life, making her human. But, as a human she’s vulnerable. Evie is shot with arrows and pulls Annemette down into the water. She holds her down until her last breath. Her friend, dead again.

Evie doesn’t die. With all the magic swirling in the water, she merges with an octopus and becomes the Sea Witch.

I loved the story telling. Sarah Henning set the novel in Denmark where it was from originally. She brought to life the Danish coast, and a fishing village rich in customs. There were moments that were so vivid, and I loved the fresh take on a classic fairy tale.

There wasn’t a happily ever after. I really wanted to see her with the crown prince & show those snobs that their love is more powerful. But, I guess I should have expected it. I kept looking at the cover and wondering where the famous sea witch was, and she was Evie.

The sea witch is usually the villain but in her own story she wasn’t. I liked Evie and I felt sorry for her fate. I’ll have to read book 2, Sea Witch Rising, to see if things improve for her.

Why I Love YALC!